There is more to classical Chinese dance than meets the eye. Behind each movement is a system of values deeply rooted in culture and traditions, pulled from history by the artists through countless hours of study and practice. 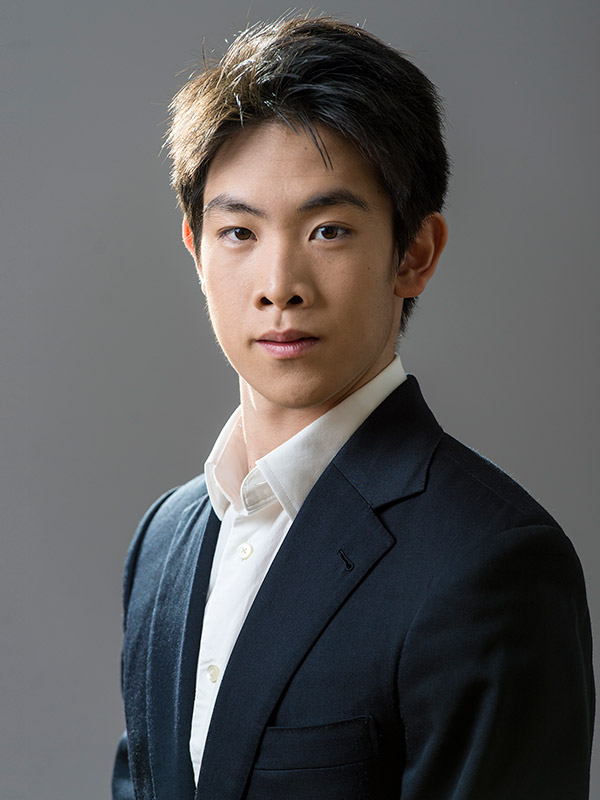 According to Piotr Huang, one of the principal dancers performing in practicum with the New York-based Shen Yun Performing Arts, a classical Chinese dance company with a mission to revive 5,000 years of Chinese culture, this system of values is at the heart of the ancient dance form, and is a characteristic rooted in the inner bearing, referred to as “yun” in Chinese, which connects the dancer to the audience on an emotional level. It also makes each artist unique.

Even though two dancers may perform the same movement, Huang said, “it is still going to look different, because what comes out is their own character behind the move—their own feeling.”

Huang is humble about his achievements. Originally from Warsaw, Poland, he had already won first place in the adult male division of New Tang Dynasty Television’s 2014 International Classical Chinese Dance Competition while still a classical Chinese dance major at the Fei Tian school in New York.

When very young, he was pushed to dance by his parents, yet he has developed a passion for his art. “I fell in love with it,” he said.

Classical Chinese dance is unique in its rounded movements; in its flips, leaps, and tumbles; and in its expressive capabilities that allow performers to portray characters of all types from any era. The female dancers are often gentle and light, while the male dancers are often swift and powerful. Huang said the sophisticated art not only requires dancers to perfect the numerous movements and forms, but to also find their own unique inner bearing.

Using martial arts as an analogy, he said that while a white belt and a black belt may perform the same punch, the two are fundamentally different. “What makes the difference comes from the inside. It’s your own understanding, your own process of learning; experience you gain throughout the years. What comes out is completely different, and you can see and feel that.” he said.

“Everyone has a different, unique style,” he said, noting that for dancers who go deeper into the art, there is also a process of refinement within their own character—a process to refine the inner bearing reflected in the dance.

Huang has played the Monkey King, a famed character from the classic Chinese novel “Journey to the West,” for five years. He described the character as “very playful, clever, energetic, and mischievous. While the Monkey King’s powers are unlimited—he can do whatever he wants—at the same time, he has to remain loyal to his master and fully carry out his responsibility to protect his master. To refine his character, the Monkey King had to encounter numerous trials and hardships. To portray the inner state of the Monkey King through dance moves and facial expressions requires a deep understanding of the determinations, struggles, and transformations that the Monkey King has gone through.”

When a dancer first starts portraying a character, Huang said it often looks unnatural. In order to play the character properly, the dancer needs to first understand the “inner bearing” of the character.

“Your character affects your dance,” he said, noting that “if you just try to act in character, it’s going to look fake because you’re just acting, you’re not actually being it. So before you go on-stage and perform the character, in your real life you should put yourself in his shoes and try to think the way he would think. You have to be that character.”

For Huang, portraying each character requires a process. He will research the character to understand his background and his habits, and through this process, he said, “you also learn about that particular time of history and how the society was run, or what the moral standards of that time were.”

As an example, he noted another important character he has portrayed: Emperor Kangxi, fourth emperor of the Qing Dynasty who ruled for 61 years from 1661 to 1722, and who ascended the throne as a child. Huang said, “as a child, your emotions are not initially ready to carry out the responsibilities of running a country. You are easily swayed by those who surround you. But at the same time, you are an emperor, and you are aware of your historic mission, so I needed to portray the challenges the emperor faces—I needed to portray the emperor’s struggles, power, courage, and wisdom that surpassed the characters of someone of that age.”

Huang noted that in most of ancient China’s 5,000 years of history, the moral standards were much higher than those of today, and that learning to portray characters from those eras also requires a process of self-refinement. He said, “I think you can learn a lot from that, and at the same time, you improve your moral character and become a better person.”

This idea that the level of one’s self-refinement determines one’s skill level is something Huang said is deeply rooted in the art of classical Chinese dance. He noted that with the art itself being a part of Chinese history, “the values of that civilization are interwoven with that form of art. Only when you become part of those values can you truly appreciate classical Chinese dance.”

He noted that this self-refinement, in turn, is what allows an artist to connect with an audience. “As you become a better person, you become a better dancer. The energy from you that connects with the audience becomes much more positive,” he said. “I think that every human being has a side of positive energy, and when you connect to the audience with that positive energy, it creates a resonance because we all have those same elements in ourselves.”

Huang shared his own experience of discovery within the art. Over time, Huang connected with values rooted in ancient Chinese culture, such as respect for peers and respect for elders—values he said also teach humility. Through these, he said, “You are more receptive; you are more able to learn. You don’t put yourself above others, no matter what.”

“I think this is one of the more important things in life: that it’s not about yourself, but it’s about others around you,” he said.